THE OFFICIAL SITE OF THE MOSS SHIELDS

Moss Baseball Club was founded in April 2012 by a group of friends who were looking for some fun. One of the founders, Brian Howard, held a birthday party and invited all his friends to come out, play baseball and eat some ball park sausages. With the help of Morten Marius and Simen Apenes from the Fredrikstad Bears (baseball team, Brian was playing with at the time). The party was a great success and many of the participants asked to start a local team in Moss. Two weeks later, Moss Red Shields (Moss Baseball Club) was born in the basement of the local Salvation Army church. The Shields spent their first year together collecting money, buying equipment, and learning the basics of baseball. They did not win a single game that year, but scored a few runs and it was enough to motivate them to continue and look forward to next season . 2013 brought the Shields a new coach in T. J. Collins, who had recently moved to Moss. Under the guidance of Collins, the Shields have stepped up their game in 2013, and have begun to be competitive against other teams . 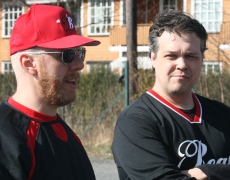 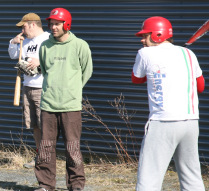 See which Shields won Most Valuable Player, Most Improved, Spirit, Hustle, and Helper awards throughout the years. Learn more >>